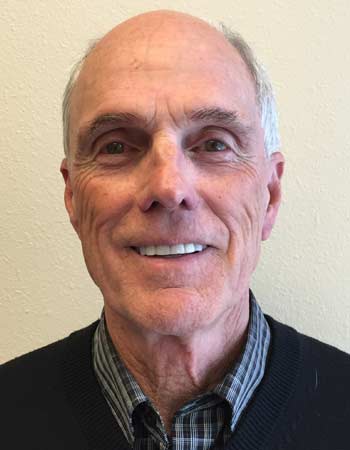 Along with serving on the board of Riecken Foundation, Jim is chairman of Corcept Therapeutics. For four decades he has been the chief executive or a director of several biotechnology companies including Amylin Pharmaceuticals, Amira Medical, Syntex, Neurex, NuGEN and LifeScan. Previously he served as a director of El Camino Hospital, the Stepping Stone Foundation, the Insight Prison Project (San Quentin) and the American Diabetes Research Foundation. Today he also serves as a trustee of the Palo Alto Medical Foundation.

“During the decade 2000-2010, Allen Andersson, an ex-Peace Corps volunteer, built more than 60 libraries in Honduras and Guatemala. Today they are known as Riecken Community Libraries; each one is an ongoing partnership with local volunteers. When Allen began inviting others to join his efforts, I contributed and joined the Riecken Board of Directors. Visits to these efficient but modern (internet access) libraries reminded me that real change happens locally, and at a young age.”